I will use this blog to consider the problem of assessment of persisting functional symptoms (i.e. those lacking apparent physical cause).

I will exclude consideration of psychogenic non-epileptic seizures, a problem also found in medicolegal practice, which I may consider in a later blog. 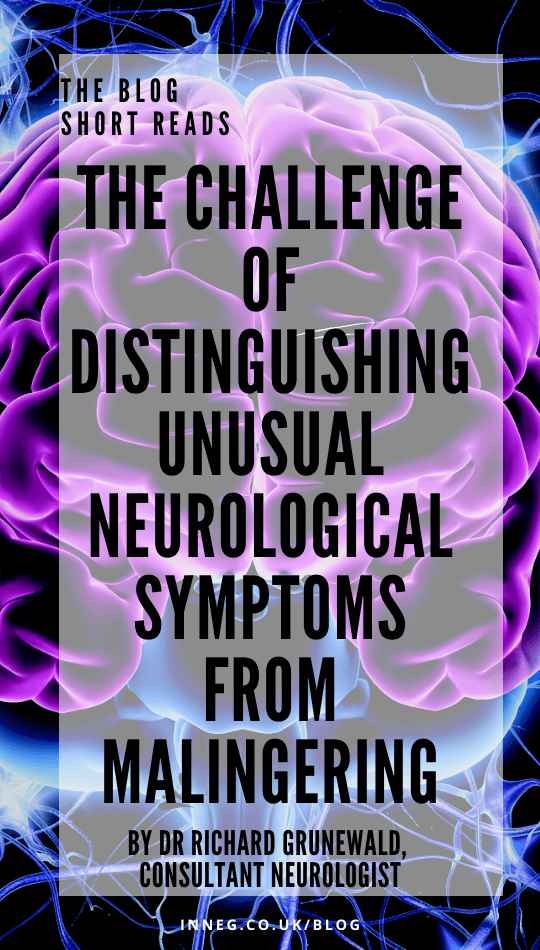 The claimant, a man in his 40s, was involved in an accident at work when a heavy metal axle fell from a shelf and landed on his right foot. He attended the local hospital later that day, the foot was x-rayed, he was reassured and sent home. After an initial improvement he complained that his foot did not feel right, that the toes hurt, and assessment by his GP noted he had developed an unusual gait disturbance. His foot was described as swollen and discoloured at times. Over the following months his foot became increasingly painful such that his walking became increasingly limited, he was unable to work and his foot began to adopt an unusual posture with a tendency for the claimant to walk on the inner side of his foot with more or less fixed dorsiflexion of the great toe.

I was asked to see him for a medicolegal opinion. I noted he had a forensic history, with a period of over 1 year in prison. Video surveillance material was supplied which demonstrated abnormal gait at times, using a stick, but at other times apparently normal walking. Further recordings showed him using the facilities at a recycling plant without apparent discomfort. Upon physical examination I noted no allodynia (the presence of unpleasant altered sensation on stimulation of the skin of the affected area of the body) that would undermine the diagnosis of complex regional pain syndrome. The diagnosis of post-traumatic dystonia was more difficult to exclude, but careful examination of the clinical records demonstrated that the description of the abnormal posture of his foot had changed from its original presentation some months earlier. I found myself unable to support his claim for damages.

His solicitor refused to pay for my report. The claimant emailed me a week later to tell me that as a result of my careless physical manipulation during the neurological examination he had developed severe sciatica.

Feigning or elaboration of symptoms in order to avoid personal obligations and duties or to gain financially happens occasionally. Our knowledge of the condition relies heavily on case series and personal experience, and I am aware of no systematic studies of the subject. It is difficult to diagnose, relying on documentation or recording of occurrences that are incompatible with the patient’s claims. The condition frequently evades diagnosis for years. It is probably more common in those complaining of more severe disability.

Clues to malingering are apparent only on careful scrutiny of medical records for inconsistencies, and the claimant will often vigorously deny evidence 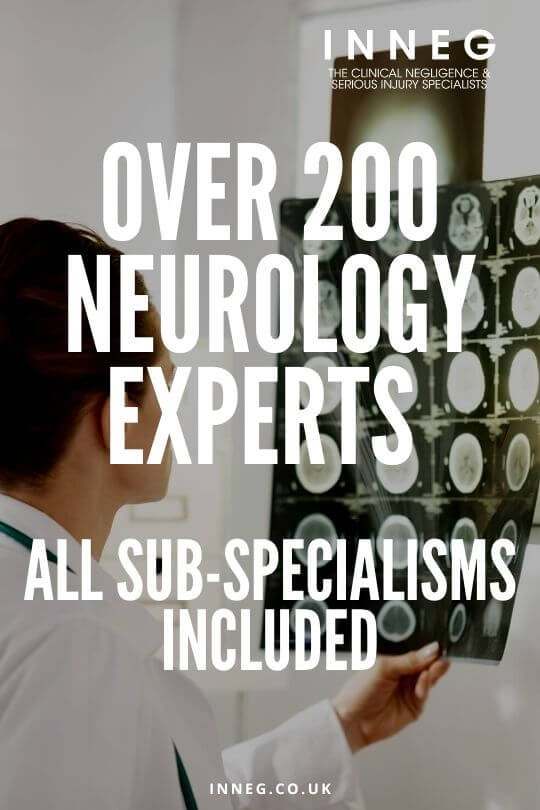 when confronted with evidence that appears to contradict their story. When symptoms are purely subjective, for example pain, it is often difficult to confirm or refute a neurological diagnosis, for example of a complex regional pain syndrome, but evidence supporting the diagnosis of malingering can be obtained by documenting inconsistencies in resulting disability by video surveillance.

One common problem in neurological medicolegal practice is diagnosing Functional Neurological Disorder (FND), sometimes known as somatization, conversion disorder, hysteria or medically unexplained neurological symptoms. Like malingering, it is characterized by neurological symptoms in the absence of a physical cause, but unlike malingering there is no conscious elaboration of symptoms and the symptoms are entirely unconscious and emotionally-generated. It is common, and has been estimated that it comprises about one third of the workload of most neurologists, yet is poorly understood. Patients with FND tend to have a high use of clinical services and thick medical records.

Diagnosis is often suspected by a non-specialist but usually requires confirmation by a specialist. There may be dispute between experts on whether symptoms are physical or functional, especially if the claimant has suffered a head injury with no evidence of damage on neuroimaging. Non-neurological specialities also frequently see patients with functional symptoms, for example non-cardiac chest pain, breathlessness, irritable bowel syndrome, fibromyalgia and numerous types of pain syndromes. Most cases of chronic fatigue syndrome (CFS/ME) are likely emotionally-generated. It is therefore unsurprising that patients with functional neurological symptoms often have other functional non-neurological symptoms.

Although it is impossible to know for certain of what a claimant is conscious and what is unconsciously motivated, functional symptoms can be reasonably confidently diagnosed as, in contrast to malingering, they are characterized by reasonably stereotyped. Particular patterns of symptoms that are recognizable by an experienced neurologist. Functional neurological symptoms occurring in the context of pre-existing neurological or non-neurological functional symptoms are often a strong clue to the diagnosis, and when present are usually associated with difficulty concentrating, sleep disturbance and fatigue. There is an overlap of these symptoms with chronic fatigue syndrome (CFS/ME) and fibromyalgia.

The underlying pathophysiology and psychopathology of this disorder is contentious. When questioned about past events, people with FND can often identify protracted episodes of marked psychological stress. Less well recognized, however, is that functional neurological symptoms usually occur months or years after that stress has resolved, though exacerbations are characteristically triggered by a relatively minor intercurrent stressful event, such as a road traffic accident. Following the triggering event, the symptoms are usually persistent, unpleasant and disabling. Symptoms are sensory, either negative (loss of sensation) or positive (extra sensation) or motor, again negative (loss of function) or positive (movement disorders such as tremors, jerks or dystonic posturing). Functional symptoms almost always fluctuate in severity from day to day and gradually evolve with time.

A woman in her 20’s was involved in a road traffic accident during which her car was shunted from behind by another vehicle that failed to stop. Her car spun but remained driveable. Immediately after the accident the claimant experienced occipital headache radiating down her arm that gradually worsened over several months. It became associated with numbness in the arm and tingling in the fingers. Latterly she developed pain in the knees. Her sleep was disrupted. Neurological and orthopedic examination as well as imaging and nerve conduction studies failed to reveal any evidence of significant bony or neurological injury. On questioning, she described increasing levels of fatigue, difficulty concentrating and day-to-day variability of her pain, which responded poorly to analgesics. She had a past history of chronic pelvic pain.

On questioning she explained that she was the eldest daughter of a large family and that her father had abandoned the family when she was 6 years of age. She was close to her mother who had brought up the family single handedly. A few years before the accident she was subject to bullying and harassment at work which had been the subject of a stressful legal case.

In this case the diagnosis of FND is reasonably secure, and supported by the variability in the symptoms, their evolution with time, association with fatigue and difficulty concentrating and the history of historical chronic stress.

Can You Help People with Functional Symptoms?

The prognosis of functional symptoms is highly variable, and probably depends strongly on addressing predisposing psychological factors. Some studies have reported that most patients continue to have severe symptoms for years, but there is no evidence on how disability changes with time.

In my personal experience of undertaking a clinic for patients with FND for 20 years or so, patients with a past history of trauma (i.e. things which have happened to them which are outside their control and intolerable or unacceptable, such as physical, emotional or sexual abuse) with functional symptoms do badly unless they are able to undergo effective psychotherapy. In contrast, patients with histories of chronic stress without trauma do much better, though subjective symptoms improve much more slowly than objective disability. The role of psychotherapy in the latter group is more contentious, but many patients derive subjective benefit. Physical therapy, pacing and graded activity programmes also help some.

Support of the claimant’s needs resulting from their functional disability is usually the major component of the claim. There is no evidence that patients benefit from encouragement to return to a normal life without support or that prompt settlement of the claim results in more rapid improvement or symptom resolution.

From 2002 to 2018 Dr Grunewald was the Lead Clinician at Department of Neurology at Central Sheffield University Hospitals NHS Trust and between 2012 and 2018 the Clinical Director of Neurosciences. Since Sep 2018 he still treats patients as a part-time Consultant. His specialist interests lie in movement disorders, epilepsy and non-organic illness.

Dr Grunewald has twenty years experience of writing reports for both claimant and defendants. He frequently reviews cases for the Parliamentary Health Service Ombudsman for England, Wales and Scotland and has experience with personal injury, clinical negligence and criminal cases.

Dr Grunewald can be contacted for all medico-legal work and to request his CV at rgrunewald@inneg.co.uk. 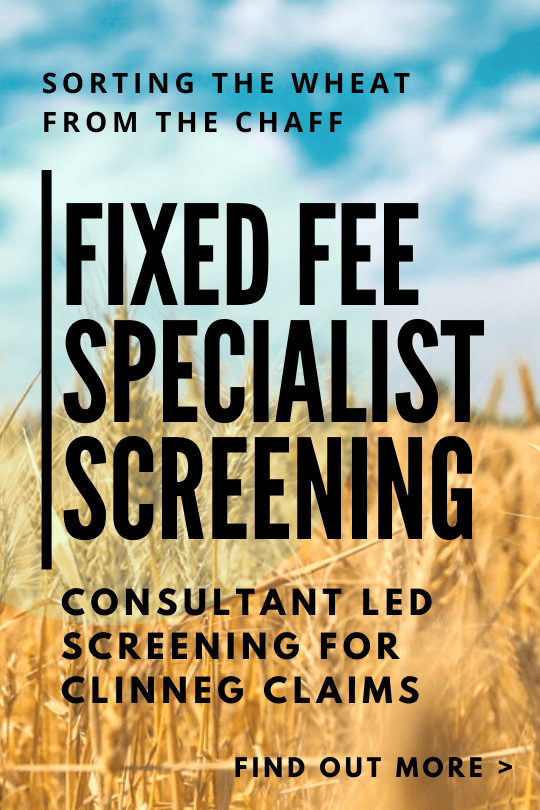